The annual Courage To Come Back Awards recognize people who have overcome illness, adversity or addiction and who have ‘come back’ and ‘give back’ to their communities.

How Recipients Are Chosen

Each year hundreds of people are nominated to receive a Courage Award in one of five categories: Addiction, Medical, Mental Health, Physical Rehabilitation or Youth.

Volunteer teams of health professionals and community leaders review all nominations, participate on a facilitated selection panel, and choose one recipient in each category to be honoured with The Courage To Come Back Award.

The five chosen recipients are featured in interviews in The Vancouver Courier, on Global BC News and on News1130 radio. The recipients will be announced in May with an online celebration.

The Courage To Come Back Awards are proudly presented by Wheaton Precious Metals.

History of the awards 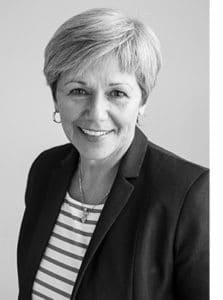 The seeds of Courage were sown by a small group of passionate individuals’ firsthand experience of the human spirit’s capacity to overcome adversity and the wish to celebrate British Columbians who have found the courage to come back.

Among those individuals was Shirley Broadfoot. Shirley recounts her first memories of what has blossomed into the incredible event it is today.

What was your involvement in the early days of the Courage To Come Back Awards?

I became involved with Coast Mental Health in 1997, after meeting CEO Darrell Burnham through a business acquaintance, and he asked if I wanted to become the Chair of the Courage To Come Back Awards

When I brought the idea up with my husband though, he was against it. I’d recently sold my business and planned to spend more time with my family, so I regretfully declined. I was asked if I wanted to just serve on the Board instead, and because it didn’t seem too onerous, with my family’s blessing, I accepted.

The reality at the time, though, was that the work needed to be done immediately and I was the only volunteer. So I began to work on plans, recruit others and form Committees. And even though I was just a Board member, Darrell kept introducing me as Shirley Broadfoot, our Chair, everywhere we went. Eventually, my husband got used to the idea.

What led to the start of the Courage To Come Back Awards?

Coast had lost a large government grant that funded client programs and services, so the Board and clients thought it was time they share with the community who they were, so they started fundraising.

However, raising funds for mental health was very difficult at that time. There was still so much misunderstanding, fear and stigma.  Not many wanted to talk about it, or to be associated with it. Coast needed to find a way to bring mental health into the hearts and minds of people through something that was already familiar.  An event seemed like a good way to accomplish this, but it needed to be the right kind of event. One that reflected the compassion, courage and hope for the future that was part of everything that Coast Mental Health did every day.

So Coast brainstormed, discussed, and reached out for ideas and inspiration. Eventually they settled on the Courage To Come Back Awards, an event that celebrated individuals who overcame incredible adversity to not only come back but to also then give back to their communities. It so aptly reflected the struggles that Coast clients faced every day, and the courage  just to keep taking step after step, no matter how difficult, towards reclaiming their lives.

What was the first event like and what made the Coast Courage To Come Back Awards unique?

600 people attended, so it was bigger than anticipated!

We had help and some luck in spreading the news for the first event. Olympic rower Silken Laumann agreed to be our very first Honorary Chair. Most people knew her story and how she had made an incredible comeback after an awful injury during practice before the Olympics. Silken, BCTV media coverage and other sponsors helped give us credibility when we pitched to sponsors for their support.

There were no galas to support mental health in the 1990s, so introducing the subject through Courage, allowed Coast to introduce and unfamiliar cause in a familiar way to people who could really help.

It was a wonderful way for them to be introduced to the subject and see the humanity of clients and people who were struggling with mental health issues, and also have them see these struggles as being on the same level as other illnesses and challenges.

What is or are your most memorable moment(s) from the Courage To Come Back Awards?

I don’t feel I could isolate a particular moment– there is something new for me every year. We all walk away with a greater sense of the strength and goodness in people, and that there is hope.

I hold two memories close to my heart: I’d been bringing my daughter from the very first year since she was 13 and after a couple of years, I told her she didn’t have to come anymore. She said “I look forward to Courage every year Mum…it fills my heart.”

The other moment was when Lorne Segal agreed to assume the role of Chair. I knew big things would happen if Lorne said yes, because of his talents and how well respected he is in the community.

It was unheard of for philanthropists and major donors to support a cause like this at that time. They gave to hospitals, universities, animal and children causes, but not so much to grittier subjects. We knew we needed something special to change this.  Having a champion like Lorne and his father Joe Segal spearhead mental health has made all the difference. It has changed the mental health conversation in BC.

What is your hope for the future of the Courage To Come Back Awards? 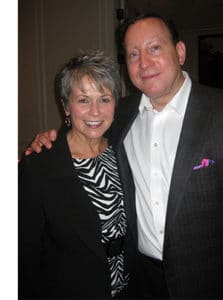 I really believe that the Courage to Come Back Awards is timeless. My hope is that it continues to thrive and share these stories because they add such depth to the community.

Courage is more of an experience than an event. You really aren’t just going somewhere to mingle with people and have a nice dinner. You walk away with something you didn’t walk in with, and it adds perspective to your life. I’ve recently been suggesting that people bring their children. You bond there because there are conversations about life, values, and about things you may not ever have a chance to talk to your kids about.

How have the awards changed over the years?

The simple answer is going from having 600 guests to 1,600 guests. The fact that it’s bigger and raising more money is probably the main ways it’s changed, but it is still very dedicated to showcasing the best in humanity.

We’re getting better at telling the story but one thing we continue to struggle with is to help people better understand what Coast Mental Health does. Coast has been a pioneer in community mental health and a lot of people don’t see why the awards also honor those with obstacles outside the realm of mental health [physical rehabilitation, medical, youth, and addiction].

It’s part of Coast’s culture to be inclusive, so I think it’s really fitting that we honor people for their courage, regardless of their obstacles. Mental health affects your whole life, so it’s not unreasonable for a mental health organization to be recognizing and celebrating people who have come through any of life’s challenges.

We want to reduce the stigma of mental illness so that people see past the label to the courageous person who is striving to recover and make a difference in the community.